Widely known as the “Windy City”, Chicago has now been brought to life in Train Simulator 2015, in the famed route The Racetrack Aurora – Chicago. The route begins under the skyscrapers of Chicago at Union Station, making its way through the urban landscape and out into the western suburbs, journeying along past yards, stopping at 24 commuter stations before arriving at Aurora.

This route is a bustling conveyor of tonnage. The Racetrack is the eastern anchor to BNSF’s sprawling 32,500-mile route system. Approximately 50 daily BNSF intermodal, auto, manifest, crude oil, grain, and coal trains traverse the route. Additionally, The Racetrack is a vibrant people mover, home to Amtrak intercity trains (including the California Zephyr and Southwest Chief) and the Regional Transportation Authority’s ‘BNSF Line” Metra commuter operations. When all these movements are combined, it is common for the Racetrack to host upwards of 150 trains daily.

The route has several rail yards. The Hill yard, adjacent to Aurora station, is used to hold commuter trains for eastbound runs and Eola yard, east of Aurora, is used for general freight operations. The BNSF intermodal yard in Cicero also has engine-service facilities and a freight-car shop. BNSF also has yard in the Western Avenue area, running parallel to the main line. On the approach to Union Station, is the ‘Chicago’ commuter coach yard on the west and Amtrak’s coach yard and service facilities on the east.

There are several interchange points along the racetrack with connections to Canadian National, Norfolk Southern, CSX and Union Pacific. The St. Charles Air Line, a small connector line, begins as a long ramp near the Canal Street Wye, then crosses over the coach yard on its way eastward where it connects (off route) to another CN line near Lake Michigan. NS has trackage rights over the Racetrack as does CSX and occasionally CP. Historically so have CN and UP.

To complement the bustling main line, the route also includes the BNSF’s West Chicago Branch, a scenic and historic branch line that traces the east bank of the Fox River north from Aurora approximately 13 miles to West Chicago and is dotted with industry switching opportunities, which was originally built in 1849.

Accompanying the route is a host of locomotives and rolling stock, including a Chicago commuter F40PH with fully operable cab signaling, authentic bi-level “gallery” commuter coaches, and an authentic bi-level cab coach for push-pull operations (Amtrak P42DC and Superliner stock is also included for AI-use).

Included are eight career scenarios that are authentic to operations on the line, including commuter and freight operations on the Racetrack main line along with a local run on the West Chicago Branch. The route is Quick-Drive enabled. 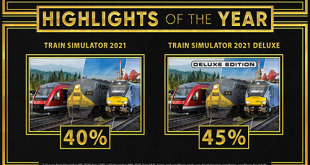 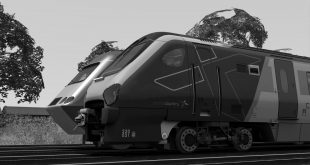 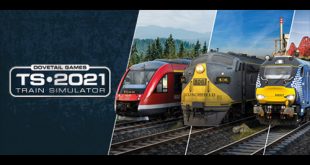 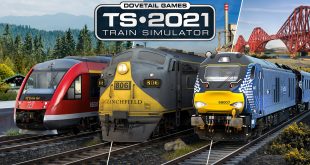 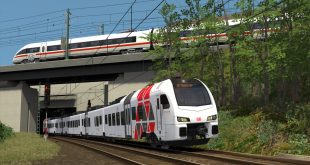